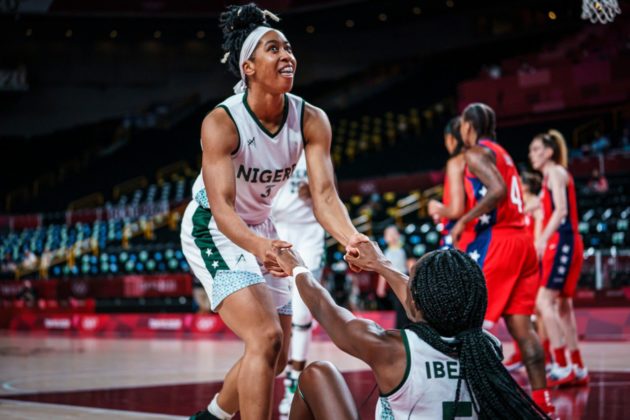 It was a better performance in the second quarter by the United States team, who showed the Nigerian team why they are best ranked in the world, getting 27 points while the D’Tigress could only get 12 points. The USA team went into the third quarter with a 12 points lead over D’Tigress. The highlight of the second quarter was the 3 pointer Buzzer beater by Adaora Elonu.

D’Tigress started the last quarter with a more spirited performance, as they were not ready to go down without a fight. The Nigerians recovered well from a 20 point margin to lose narrowly against the world’s number one by just 9 points. The game ended 81-72 in favour of the Americans.

Tags
Search For Anything

No one has commented yet. Be the first!